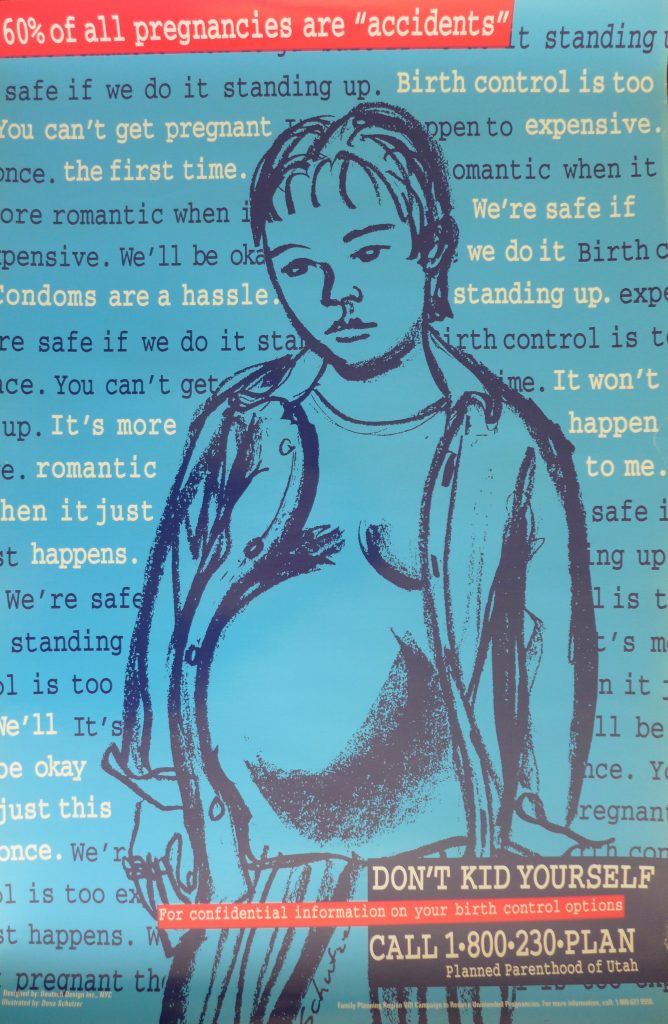 A friend from my student days at the Harvard School of Public Health, Nedra Kline Weinreich, asked me to produce media for her social marketing campaign to reduce unintended pregnancies.
The project was sponsored by a consortium of five conservative Western states, led by Planned Parenthood of Utah.

The campaign’s content was based on themes and vocabulary Nedra gleaned from focus groups with young adults in the target states.

Several things that helped make the project a success:

• Reaching out at the point of decision-making

Where might we get our message in front of young women when they’re getting ready for romance? We arranged with managers of college-area bars to put original-art “Don’t Kid Yourself” posters like these in women’s restrooms. 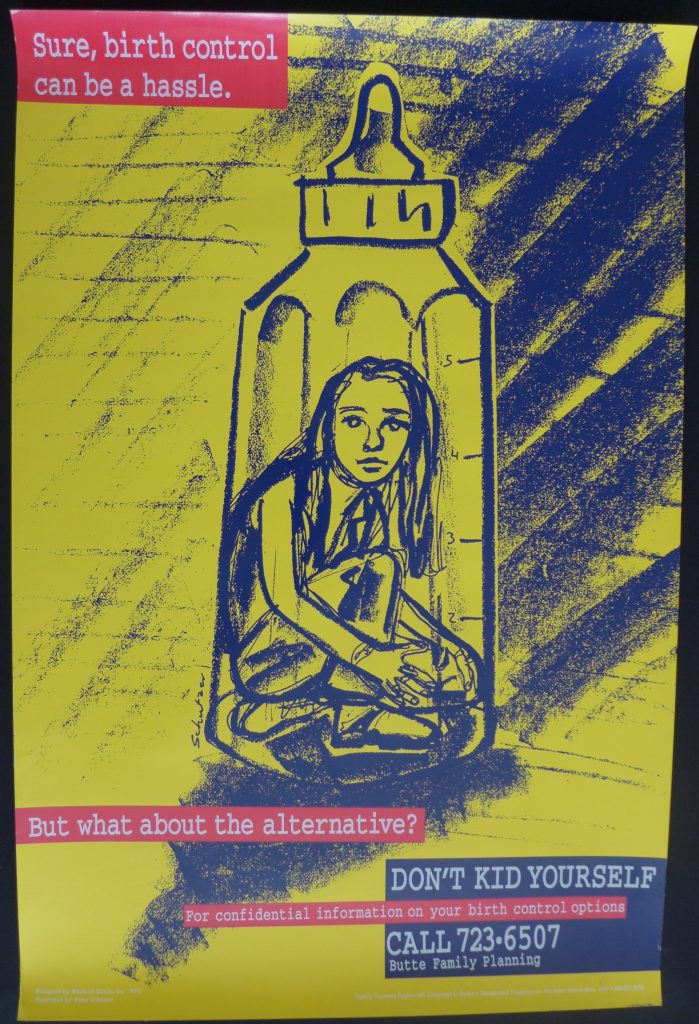 I  produced a series of paid radio spots (read sample scripts) that drew heavily on my interviews with local young adults, featuring their distinctive regional accents and word choices. These spots broke through the ad clutter by sounding real.

Radio spots like this one, where young men talk about buying condoms, not only model ways to talk about birth control, but shape social norms for what guys their age do.

Mark:
I think that guys that aren’t protected, and they don’t take responsibility for the woman if they get her pregnant – those guys need to grow up.

Lucas:
Everybody should carry condoms.
They know that they have to use ’em. 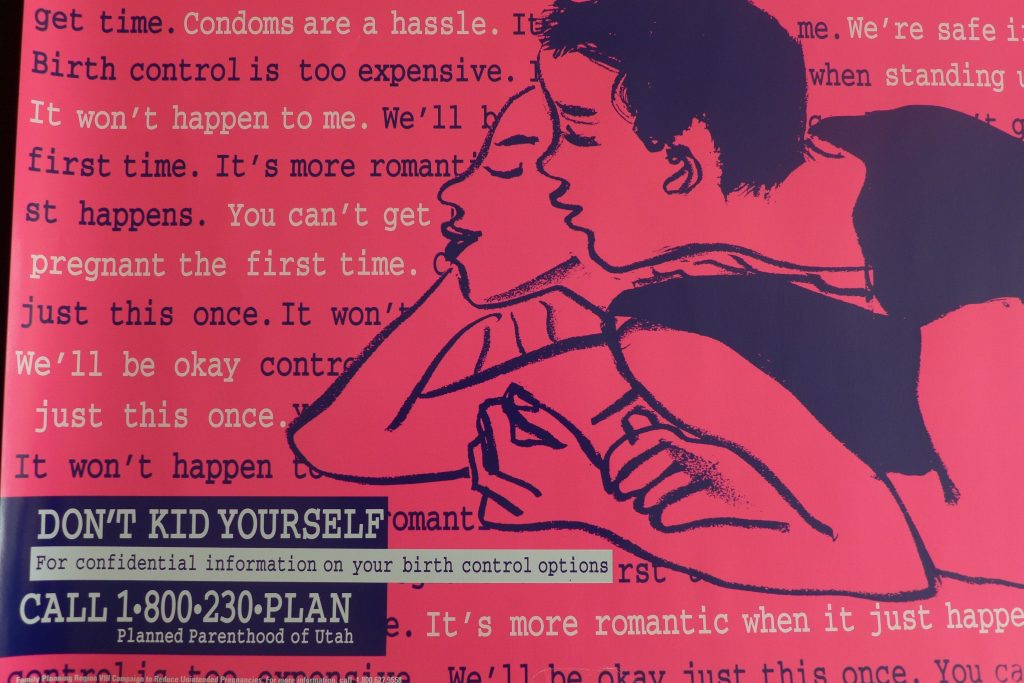