During the past three years, six students at W.T. Woodson High School in Fairfax County, Virginia died by suicide. Newton, Massachusetts lost three high school students to suicide in recent months. Both communities are heavily populated with high-achieving families, who start plotting their children’s pathways to elite colleges at ever-earlier ages. (My own son, who starts graduate school this fall, is tutoring a ninth-grader taking an AP course in history.)

It’s natural to ask why one school or town would suffer so disproportionately from suicide. Statistically speaking, clusters of rare events are bound to happen now and then. But we still need to check for common threads, just as we would seek to rule out shared exposure to toxins among a cluster of cancer patients. 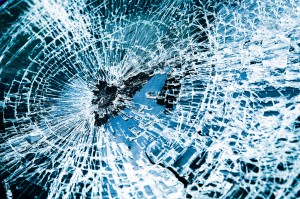 Most of these students gave no obvious warning signs of problems; they appeared successful and popular. One left a note behind, blaming stress from high expectations. This had led to speculation that relentless pressure to compete and achieve contributed to the deaths. A constant push for near-perfect grades certainly can undermine well-being and self-esteem. But evidence suggests that “the vast majority of youth with suicidal behaviors have pre-existing mental disorders.”

In fact, my doctoral dissertation at the Harvard School of Public Health focused on educating teachers to spot signs of depression or suicidal intent (using educational media I’d produced) and refer teens for assessment and help. Unfortunately, since depression and suicidal thoughts are common, and suicide is rare, it’s a tricky balancing act to help troubled students without stigmatizing them or spreading resources too thin.

With suicide, we also have to worry about the effects of “media contagion.” This was on my mind recently as I updated my chapter on “Psychiatry and the Media” for the new edition of the reference book Massachusetts General Hospital Comprehensive Clinical Psychiatry (Mosby, 2014). This is sometimes called the “Werther effect,” after a series of 18th-century deaths apparently inspired by the suicide of the protagonist of Goethe’s classic novel, The Sorrows of Young Werther.

The World Health Organization and other groups have published guidelines for journalists, that may also be of use to people sharing information on social media. Guidelines include: